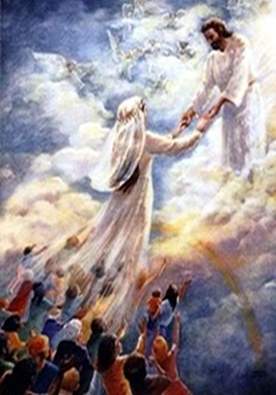 Every human being is given an opportunity to believe in God, and to believe that there is a second life (an eternal conscious existence) after the physical death of their human body, a life within God’s Kingdom.

The Human Soul contains spiritual life, has conscious awareness, and dwells within the human body of every person, and every human being possesses’ a Soul. Sadly, however, every living human being will come to their earthly life’s end and face physical death, and at that time, a separation of body and Soul will occur.

When this happens, are you confident that your Soul will be worthy to enter the kingdom of God, to ascend into God’s heavenly kingdom of paradise for eternity? or could it descend into the netherworld?

Are you aware of what you need to do to be assured your Soul will ascend into God’s Heaven? Are you familiar with the canons of salvation and resurrection; rebirth into heavenly eternal life?  "The Bread of Life"

Knowledge about life, spirit and God are generally made available through some form of religion, from the Bible, Quran, or other books of theology. For most human beings, at some point during their life-span, they will come to a decision on what they choose to believe about God, morality, human life and death, and spiritual life.

Eventually, this will determine the disposition of their Soul: (The celestial or ethereal realm where their Soul will reside).

If we reference the Bible, (which is the presumed and generally accepted written words of God) we find that it states in Genesis: 2-7, "God created and formed human man from the dust of the Earth, and breathed into his nostrils the breath of life; and the man became a living spiritual Human Being (possessing a Soul)."

In other areas of the Bible, it reveals that man’s formation is made up of three bodily components: a terrestrial, earthly physical body, a celestial body or Soul, and a spiritual body or God’s photonic life-force energy, which is sometimes referred to as the light of God, the Holy Spirit or the Holy Ghost because its invisible, hidden, and cannot be seen. Also, it brings life to both the terrestrial earthy body and celestial Soul.

The Terrestrial body component is earthly, mortal and temporal. Its’ a temporary vessel composed of earthly properties and will eventually age, deteriorate, die, and erode back to its original form of earthly dust. 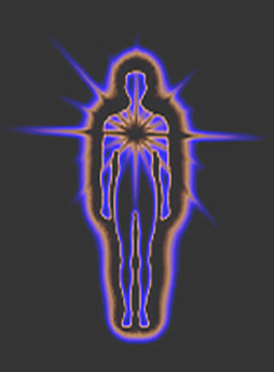 The Soul body component, which was created in God’s image, is celestial, immortal and everlasting. Its’ a permanent vessel composed of celestial properties and will never age, deteriorate, die or erode, and it will exist forever always possessing conscious awareness.

Man’s Soul is the essence of his being. It is the ampule of his character and a temple where the spirit of God or God’s life-force energy resides. The Soul possesses spiritual properties: conscious awareness, feelings, emotions, intellect, discernment, and its own individual identity and character, and most importantly, it has the ability to act and make choices as a free and autonomous being.


During the time that your Soul and your terrestrial physical body are joined and bonded together, every act that you perform as a human being during your life-time is recorded on your Soul.


Therefore, every second of your life (all your daily life activities) from the time you are born, and up to the time you physically die are accurately recorded in detail on your Soul. Every emotion that you felt and experienced is also recorded within your Soul. 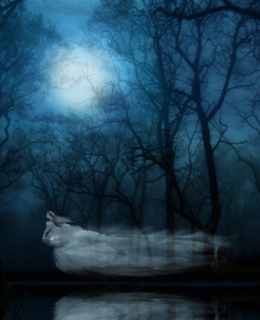 The Human Soul’s intended path is to evolve into a state of benevolent purity, to ascend into the kingdom of God, and to dwell there for eternity, in the light of God, and within a heavenly paradise of love, joy, happiness, and unlimited opportunities to achieve your desires.


Sadly, however, the Human Soul can degenerate into a malevolent state of existence and descend into darkness, a netherworldly realm that exists outside the kingdom of God, and is filled with hate, desolation and torment.


This realm is not the intended evolutionary path or the final dwelling place that was meant for the Human Soul, but rather, is a kingdom of darkness that is void of God’s presence, and sadly, was created for those Human Souls that freely chose not to accept the love, purity of character, spiritual wisdom, and the moral values offered by God, but instead chose to follow a vain, immoral, and malevolent evolutionary path.


Therefore, the important thing to know, and the wisdom you want to acquire, is what will make your Soul worthy to ascend into the kingdom of God? And be able to dwell there in joy and happiness forever.


According to biblical scripture and theological writings of wisdom, to receive this wonderful gift, there are several things you must try and should do.


The first and most important thing you need to do, is to believe in God, and that God created you, and gave you your life, and to live your life in accordance with God’s moral values.


The second thing is to believe that you have an immortal Soul that dwells within your body and that it will never die or cease to exist, and try with all your heart to increase the purity of your Soul by demonstrating love and affection for God, and doing kind, compassionate, and righteous acts during your life-time (by doing God's will).


The third thing is to increase your spiritual wisdom by studying the words of God, and to commune with God through prayer and meditation. Offer God your reverence, and give thanks for the blessings you have received throughout your life, and for all the unseen things that God does for you.


Also, it is important to understand that the Son of God, named Yeshua HaMashiach, called Jesus Christ, and also referred to as the Son of Man, the Messiah or Savior, was indeed God Himself, manifest into human flesh and became a living, mortal human being on Earth (God omnipresent in human flesh on Earth).


This is the first and great commandment. And the second is like unto it: "Thou shalt love thy neighbor as thyself. On these two commandments hang all the law and the prophets".


What should be understood from these statements are, that if a person loves God and loves their neighbors, then, they will usually live their daily life in accordance with God’s moral values, and will not succumb to immoral temptations such as selfishness, greed, covetous, lust, and other immoral activities that can defile the Human Soul; to cause their Soul’s level of purity to become corrupted. 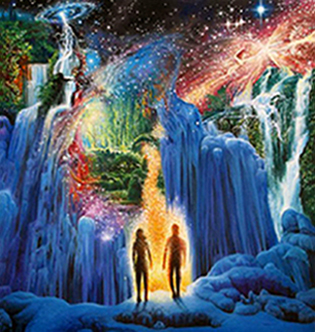 Other revealing statements made by Jesus that pertain to achieving eternal life within God’s kingdom are:


Referenced in the Bible, Book of the New Testament: John 3:36-"Whoever believes in the Son has eternal life; whoever does not believe in the Son shall not see life, but the wrath of God remains on him."


Referenced in the Bible, Book of the New Testament: John 14:6-"I am the way, and the truth, and the life. No one comes to the Father except through me."


Referenced in the Bible, Book of the New Testament: John 3:16-"For God so loved the world, that He gave his only Son, that whoever believes in Him should not perish but have eternal life."


Referenced in the Bible, Book of the New Testament: John 3:3-"Truly, truly, I say to you, unless one is born again they cannot see the kingdom of God."


Referenced in the Bible, Book of the New Testament: John 6:29-"Believe in Him whom He has sent."


What these biblical sayings reveal, is that it is God -- and God only, that has the authority and the power to give and grant the gift of eternal life, and through His grace, can place you into His kingdom of paradise everlasting.


Earthly human science has not been able to produce any irrefutable evidence, or uncover any profound proof that there is conscious life after physical death, that God exists, that a spiritual kingdom exists, and that the human body contains a living immortal Soul, or that Jesus Christ was the Son of God and came to Earth to teach spiritual wisdom, and offer salvation.


Therefore, it is by belief in God, Jesus Christ, and through spiritual faith that a human being must accept these things as truth.


It states in the Bible, in the Book of Ephesians, 2: 8-9: "For by grace you have been saved through faith. And this is not your own doing, it is the gift of God; not a result of works, so that no one may boast."


The Soul and its Destination 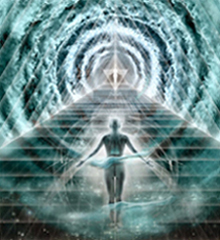 All these sayings have one common profound meaning: Only by God’s will, can you be given the wonderful gift of eternal life and heavenly dwelling.


Therefore, if God looked into your Soul, looked at your character and your level of faith, your actions and deeds, do you believe that He would find you worthy to receive salvation, and to be resurrected from death?

And then, to be forgiven of every immoral wrong doing that you have ever done (all your sins), and to be given a new, perfect, non-aging body, to be given eternal life, and then placed in God’s heavenly kingdom of paradise for eternity?


God has given to each person a telepathic conscious, a voice within their inner being, which is your true self, and it communicates with your conscious awareness, and from there you can find the answer to this question: Am I worthy to receive the gift of eternal life?  Give it careful consideration.

Remember, it is God's promise to all humanity: "that your Soul can be saved."

May the grace of God be upon you always --- Amen