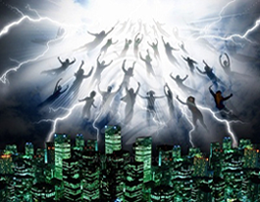 The Rapture comes from Christian doctrine in the New Testament Bible and relates to the Second Coming of Jesus Christ who Christians believe was the true Son of God in human form (God manifest in human flesh).


Biblical prophecy states that Jesus Christ will come down from Heaven, descending from the clouds and remove all Christians from the Earth, to protect them. This is known as "The Rapture." The term comes from the Latin verb raptare, and the Greek word harpizo, both meaning "to be caught up" or "to be snatched up." Jesus will "snatch us" out of harm's way.

Reference Biblical script: First Thessalonians 4:15-17 “According to the Lord's own word, we tell you that we who are still alive, who are left till the coming of the Lord, will certainly not precede those who have fallen asleep.

For the Lord himself will come down from heaven, with a loud command, with the voice of the Archangel and with the trumpet call of God, and the dead in Christ will rise first. After that, we who are still alive and are left will be caught up together with them in the clouds to meet the Lord in the air. And so we will be with the Lord forever;”


And From: First Corinthians 15:51-55 ”Listen, I tell you a mystery: We will not all sleep, but we will all be changed in a flash, in the twinkling of an eye, at the last trumpet; and the trumpet will sound, the dead will be raised imperishable, and we will be changed. For the perishable must clothe itself with the imperishable and the mortal with immortality. 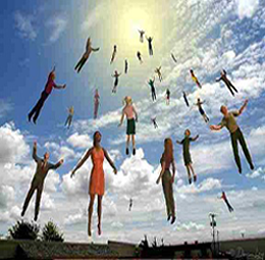 There are three main beliefs regarding the time frame of the Rapture:

Pre-Tribulation Rapture:
Those who accept this perspective believe the Rapture will happen just before the tribulation period, at the beginning of the seventieth week of Daniel. The Rapture will usher in the final seven years of this age.

The true and faithful followers of Jesus Christ will be transformed into their spiritual bodies during the Rapture and will be taken from Earth to be in Heaven with God.

This will happen in matter of seconds, in the twinkling of an eye.

The Non-believers will be left behind to face severe tribulation as the Antichrist prepares to take his place as the Beast half way through the seven year period. According to this view, non-believers will still come to accept Christ, in spite of the Church's absence during this time however, these new Christians will endure extreme persecution, to the point of death by beheading.


Another popular belief is known as the Post-Tribulation Rapture, or "Post-Trib" theory. Those who accept this perspective believe that Christians will remain on the Earth as witnesses during the seven year tribulation period, until the very end of this age. According to this view, believers will be either removed or protected from the terrible wrath of God predicted toward the end of the seven years in the book of Revelation.

A less accepted view is known as the Mid-Tribulation Rapture, or "Mid-Trib" theory. Those who accept this perspective believe that Christians will be taken from the Earth to be in Heaven with God at some point during the middle of the seven year period of tribulation.

How will the Rapture Occur?

According to several verses in the Bible, believers will suddenly, without warning, disappear from Earth in the "twinkling of an eye."

About 85 percent of Christian theologians and Christians who have studied the Bible (as opposed to just reading it) believe the Rapture, in some form, and the Tribulation will occur. It will be followed by a 1000 years of Christ reigning together with the resurrected saints (referred to as the Millennial Kingdom). 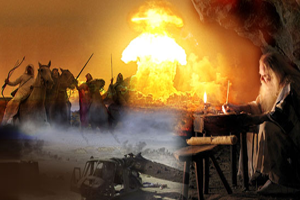 Christians who do not believe in the Rapture and the Millennial Kingdom are referred to as "amillennialists". They believe that mankind will simply become better and better through the efforts of the Church, and when mankind becomes holy enough, Christ will return. However, the evidence of the general moral deterioration of mankind in the twentieth century seems to disprove this view. Also, Jesus said that in the end days people will become more cruel, not less:

Reference Matthew 24:3-12. Now as He sat on the Mount of Olives, the disciples came to Him privately, saying, "Tell us, when will these things be? And what will be the sign of Your coming, and of the end of the age?" "For many will come in My name, saying, 'I am the Christ,' and will deceive many. And you will hear of wars and rumors of wars.

For nation will rise against nation, and kingdom against kingdom. And there will be famines, pestilences, and earthquakes in various places. "Then they will deliver you up to tribulation and kill you, and you will be hated by all nations for My name's sake. And then many will be offended, will betray one another, and will hate one another, and will even desire to kill one another. Then many false prophets will rise up and deceive many. And because lawlessness will abound, the love of many will grow cold.

It is important to understand that although we routinely "hear of war and rumors of wars" and "nation[s] rise against nation" and the Old Testament mentions a lot of wars, historically most people lived their entire lives without seeing or hearing of wars. There may have been many individual battles that affected them, but not a full scale war.

What takes place after the Rapture?

After The Rapture, God will begin executing judgments against unbelievers, during a period called the Tribulation. At the end of the Tribulation all nations will attack Israel, and Jesus Christ will physically return, leading the armies of heaven.

At the Battle of Armageddon they will destroy everyone who is not a believer. Then Satan will be bound, and Jesus will set up the Millennial Kingdom, headquartered in Jerusalem. Jesus and the saints will rule over the nations of the Earth for a thousand years. During this period there will be people born who are not loyal to Christ.

However, it usually will not be obvious. Therefore, at the end of the thousand-year period, God will release Satan and let him tempt those who inhabit the Earth. A large group will take up arms against the Lord and be defeated. Then, Christ will judge all who have ever lived, giving rewards to some and punishment to others. Those who were "destroyed" will be cast into the Lake of Fire, i.e., Hell.

After that, God will destroy heaven and Earth because they have been polluted by sin. He will create a new heaven and a new Earth, put those who were saved on the new Earth, and rule it forever.

Where does the Bible talk about the end times?

How can we know end-times prophecies such as the Rapture are true?

Because these things have not occurred yet, we must take it on faith that they will come to pass. Basically, we assume that because God has a perfect track record on prophecies that have come true we can rely on His word about prophecies that remain unfulfilled. However, just look what happening in the world today in the year 2020. All sort of iniquious behavior among human beings is happening everywhere, including resentment, bitterness, covetousness, rebellion, violence and hatred, which are growing throughout the world at an alarming rate.

The study of prophecy about end times is called eschatology.

It is a separate field from Christian Apologetics. If you would like to read more information on eschatology, please view this link: About Eschatology

May the grace of God be upon you always.