Does your day to day reality consist of working in a job or attending college, communing with your family, socializing with friends, shopping and the collection of material possessions, visiting restaurants and movie theaters, attending concerts and sporting events, chatting on your mobile phone, surfing the internet, watching R-rated movies, playing electronic games, managing your investments, reading fictional books and nightly TV watching?

Do you watch and listen to the news on TV, radio, and the internet and become horrified by some of the things you see, hear and read, and you wonder, why are all these bad things happening around the world, and you feel that you are helpless to do anything about it?

Are you one of these people? Does this closely describe your day to day life, and some of your typical routines and activities?  Is your focus always on earthly needs and desires? Do you take time in your life to focus on God, and to increase your spiritual knowledge and wisdom? 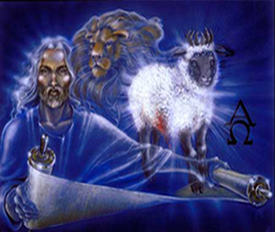 In today's world, that is the typical life of an average human being.

One day after another passes by and your life stays relatively the same. However, a day is coming and soon is, when your day to day life will not stay the same. The usual routines that you enjoy and go through each day will dramatically change.

When this begins to occur, will you be ready for it, will you be emotionally prepared? Will you have the spiritual knowledge and wisdom to survive a major culture change with chaos happening all around you?

It is important to note that the human body is a temple that contains the living spirit of God. So each human body in fact, is a holy place of God. Do you know what makes a Church a holy place? Its not the building, it’s the assembly of people meeting together for the sake of God and or His Son Jesus Christ.

The Abomination of Desolation is clearly a warning of when to retreat to the mountains or to a place of safety (at the beginning of the End-Times) to avoid persecution and horrible atrocities during the tribulation years before the second coming of Jesus Christ.

No one knows for sure when the Abomination of Desolation will begin, but according to Biblical writings and prophecy, there are warning signs that will alert us, that can be recognized by spiritually conscious people.

One of the most identifying signs will be a substantial increase in natural earthly disasters such as destructive earthquakes, hurricanes, typhoons and tsunamis, volcano eruptions, severe storms, flooding, avalanches, wild fires, and unusual adverse climatic conditions, as well as greedy, aggressive deforestation of the Earth's natural wilderness, and excessive pollution of the Earth's rivers, lakes, seas, and oceans, and there will be increased frequency in meteor showers, solar flares, and in UFO sightings.

In addition, there will be increased tensions between nations, governments, political and ethnic groups, and religious doctrines, and conflict will start to occur. There will be threats, riots, rebellion, violent conflicts, prejudicial killings, war like battles, rumors of wars, and hatred will intensify:

Some of these activities are starting to occur, some are occurring now, some have already occured, and many are yet to occur.  (For those who have an ear, let them hear).

Based on theological study and research, I believe there are 10 Biblical prophecies that must be fulfilled before the Abomination of Desolation will start to spread throughout the world.


Below is a list of those prophecies and their current status: 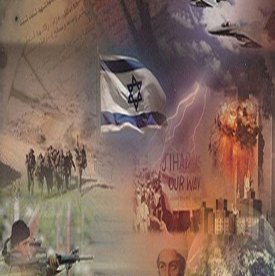 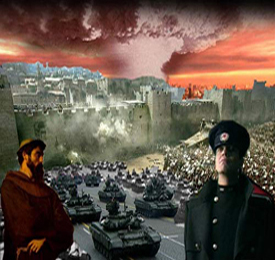 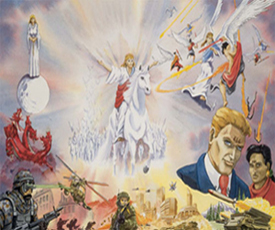 Through our current year of 2021 A.D., eight of these Biblical prophecies have been fulfilled. I would speculate that sometime within the next 7 years the remaining two prophecies will be fulfilled.

When this occurs, life as we know it today will dramatically begin to change: 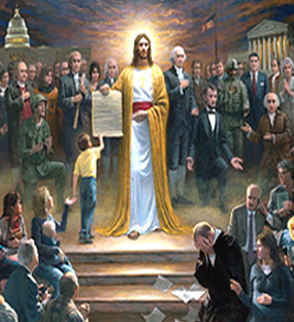 The Abomination of Desolation will rise up and start to spread across the world. Severe economic instability will begin to occur; power outages, food shortages, and water contamination will greatly increase. Political and social unrest will emerge and intensify. Violence, looting, chaos and carnage will spread through all nations.

Diverse perversions, killings, and atrocities of all kinds will be committed; homelessness, starvation, sickness, disease and pandemic plagues will rapidly intensify and every nation on Earth will be affected by it.


These events will continue over an unknown period of time and eventually lead to the formation of a one world government to stop the world-wide carnage. After this occurs according to Biblical prophecy other events will begin to unfold, such as:

The emergence of the Anti-Christ, the Christian Rapture, the Battle of Armageddon, the Tribulation period, the Second Coming of Jesus Christ, the End of Days, and God's judgement upon all human souls.

If you are a Christian believer, a spiritually conscious person or an individual with a gentle and righteous heart, please take heed to these warnings and open your mind and heart to God, and always remember, God offers spiritual protection from earthly dangers for those who seek it.

Please note, however, that beyond the shadow of these events, for those that were taken in salvation, there dwells a paradise of joy, love, beauty, warmth and eternal happiness that exists within the infinite.


Signs of the Apocalypse

View The Movie: The Book of Revelation


View The Video: The Depiction - Book of Revelation


View The Video: The Daniel Project


View The Video: The Biblical Rapture

May the grace of God be upon your always. --- Amen