Is There Any Connection Between God, The Bible, ETI, and UFOs? 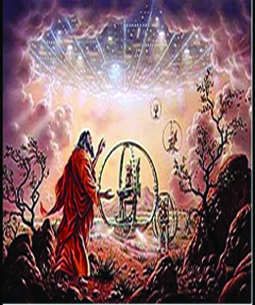 In today’s times, there is much thought and decision about extra-terrestrial intelligence (ETI) and unidentified flying objects (UFOs).

As of January 1st 2021, and according to the best UFO resources pages (such as MUFON, NUFORC, NSA, and numerous others), over 200,000 UFO sightings were documented in the past 60-year period. These sightings were reported to have been recorded in several databases. However, the actual amount of UFO sightings that were evaluated is estimated to be somewhere in the millions.

Also, there have been hundreds of reports of actual physical, person to person encounters with extra-terrestrial beings. Whether or not these reports are true and did actually occur, only those individuals that were involved know for sure.

It is interesting to note that nowhere in the Bible, nor in the Quran, does it state that planet Earth is the only place where God has created life.

The Bible's message was specifically written for mankind on planet Earth, and is designed to help mankind live in peace and harmony successfully within the cosmos, and with God and with one another. 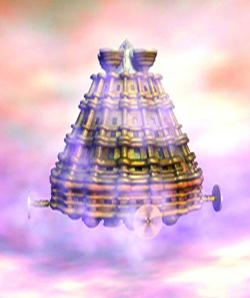 Jesus Christ once said to his 12 apostles, “And other sheep I have, which are not of this fold: them also I must bring, and they shall hear my voice; and there shall be one fold, and one shepherd.” (John: 10, 16)

Most people look at discussions of UFOs and Aliens as harmless fantasies that may have some basis of fact in the distant future, but not really as a relevant concern in today's world, and especially of no significance religiously.

Some Ufologists believe that an alien race successfully cloned human beings some 25,000 years ago and placed them on Earth, and that these aliens regularly visit the Earth in strange spacecraft (UFOs) to communicate with their cloned beings (some of which are believed to be large half-ape human creatures), sometimes referred to as a Sasquatch or Bigfoot.

And of course, no one knows just how vast the Kingdom of God is, or exactly what types of beings dwell there, and how many there may be. Its interesting to note, that it states in Old Testament Bible writings, that there were prophets that witnessed fiery and ring shaped objects hovering in the sky.

The history of modern UFO beliefs goes back to the middle of the twentieth century. In 1947 a man named Ken Arnold saw something near Mount Rainier which he called a flying saucer. A week later claims were made that a spaceship had crashed near Roswell, NM, and that Alien Beings were carried out of the debris by the U.S. Military, then covered up.

With that beginning, claims were made, books were written, and movies/television shows were produced at a rate that made it difficult for any systematic investigation of sightings to be made. The entertainment industry has found crop circles, Aliens, UFOs, and abductions to be a very lucrative business so there has been no letup in the stimulus for this to continue.

There are several points that need to be made about all this that have some relevance to belief in God and to spiritual things in general. We would like to call some facts and observations to the reader's attention.

There is a difference between ETI and UFOs. 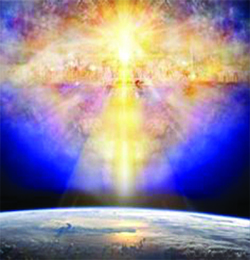 All of us know that UFO means Unidentified Flying Object, but we tend to forget that all that means is that the observers do not understand what they are seeing or looking at. It does not mean that an Extra Terrestrial Intelligence (ETI) is behind the UFO.

Most people do not understand much of what they see in the sky. Atmospheric phenomena like sun dogs, storm phenomena like ball lightning and stratospheric discharge, astronomical phenomena like auroras, meteorite storms and bolloids are all things that many of us are not familiar with.

The use of man-made objects like weather balloons, test aircraft, re-entry vehicles from space not to mention practical jokes also deceive many people.

Between 1947 and 1969, there were 12,618 sightings reported to civil authorities, and about 12,000 of them (94%) have been identified and explained by natural phenomena or man-made influences.

The fact that we do not know what something is that we see in the sky, does not automatically mean that there are Alien Beings involved, and in fact it is obvious that most of the time it is a case of the observer simply not being informed about the world around them. There is no known hard evidence that there is any ETI at the present time. That is not to say, however, that such evidence does not exist, and is being covered up.

UFOs and ETIs do not have any negative connections to the Bible or to Christianity.

It was mentioned at the start of this article that there is no known statement in the Bible which says that Earth is the only place where God saw fit to create life. The fact is that God has created angelic beings, "Angels", and although they have some similarities to Humans, they are very different than we are. Also, there are many references in the Bible: in the “Old Testament Books” and the “Book of Revelation” that describes a host of different types of celestial beings and life-forms that dwell in the Kingdom of God.

Therefore, we know that the creation of beings other than ourselves is a certainty, and the existence of other physical beings, astrophysical beings, and or extraterrestria,l celestial, or interdimensional beings certainly has to be held out as a possibility.

If life is discovered on Mars or on one of Jupiter's moons, it will have no biblical consequence. Religious people have made the mistake in the past of making something that has no biblical connection an issue. There were those at the start of the twentieth century that said man would never fly.


The Bible addresses itself to man-kind and to human’s needs. When John 3:16 tells about God's love, its object is man-kind and that is who the message of the Bible is to. If there are other beings that are like us in any way, they may have a similar message that is for them.

It is highly unlikely (given the distances that exist in space) that we will ever know if there is life out there, but even meeting an Extra-Terrestrial, Astrophysical Being would not invalidate the Bible or the teachings of Jesus Christ or His sacrifice on the cross.

For Many people, ETI and UFOs have become a substitute for God. I have attended a few UFO conferences, and one thing that shocked me was the level of antagonism toward God and toward believers in God that seems to permeate through these meetings.

Amazingly for some, there seemed to be a feeling that UFOs are an alternative to God, and that contacting aliens from somewhere in space or another dimension can offer a path to eternal life, and that obedience to God’s moral values and laws are not necessary. Some UFO proponents have occult properties with an emphasis on evil and evil encounters.

UFO proponents frequently have Eastern religions in their belief system but rarely if ever have anything from Christianity. A huge percentage of UFO proponents sanction New Age concepts and beliefs, and in fact may borrow from New Age artifacts like crystals, etc. 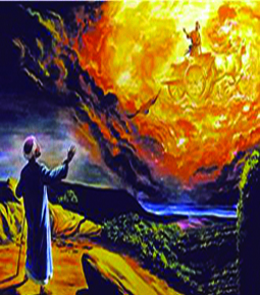 The bottom line in all of this is that there is a huge spiritual quest in our culture and that has led to some big business connections. It is, not by accident that Harry Potter, the Left-Behind series, and other materials like them are so successful.

Many Churches have exhibited an inability or unwillingness to give reasonable answers to the questions of our current times. This has led many people to have distrust in Churches, and they are no longer willing to trust in religious feelings or prophetic religious claims, many of which are used to extract their money and personal time.

I have heard it said, that when you do not firmly believe in something, then you may tend to believe anything, and that may be a part of what is happening in our culture. Just too much confusion about what to believe in.

Galatians 1:8 warns us that gospels other than the gospel of Christ can be destructive, and while fantasy is a valid recreational pursuit, when a person cannot tell the difference between fantasy and reality, they are in serious trouble.

Christianity offers a positive, constructive, useful, factually-supported way of expressing one's spiritual searching and beliefs. Christianity is truth and comes directly from God being manifest in human form through His spiritual born Son, "Jesus Christ" while He was on Earth, compared to what the early churches taught, which was composed of man-made religious organizations that depended upon human leadership, intellect, and idealism that was swayed by ignorance and prejudices.


The need to study and understand the "pure and undefiled Christian gospel" (James 1:27) has never been more important as evil acts and atrocities continue to plague our world-wide society.

God, The Bible, ETI and UFOs

May the grace of God be upon your always. --- Amen