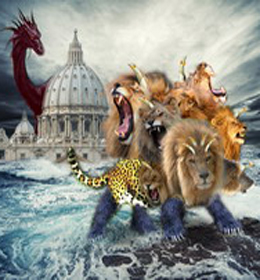 From studying these verses, we can interpret that numerous Antichrists (false teachers) will appear between the time of Christ's First and Second Coming, but there will be one great Antichrist who will rise to power during the end times, or "last hour," as First John phrases it. He will deny that Jesus is the Christ. He will deny both God the Father and God the Son. He will be a false prophet, a liar and a deceiver.


By the End Times, many will easily be deceived and embrace the Antichrist because his spirit will already dwell within the world. In Second Thessalonians 2:3-4, the Antichrist is described as the "man of sin," or " son of perdition ." Here Paul, like John, is also warning believers about the Antichrist's ability to deceive:

"Let no one deceive you by any means; for that Day will not come unless the falling away comes first, and the man of sin is revealed, the son of perdition, who opposes and exalts himself above all that is called God or that is worshiped, so that he sits as God in the temple of God, showing himself that he is God." 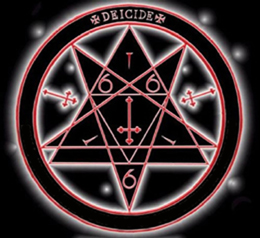 The Bible makes it clearer that a time of rebellion will come prior to Christ's return and then the "man of lawlessness, the man doomed to destruction" will be revealed. The Antichrist eventually will exalt himself above God to be worshiped in the Lord's Temple, proclaiming himself to be God. Thessalonians 2:9-10 states that the Antichrist will do counterfeit miracles, signs and wonders, to gain a following and deceive many.

The Antichrist will gain political power and spiritual authority over every nation on the Earth. He will most likely begin his rise to power as a very influential, very charismatic, political or religious diplomat. He will rule the one world government for forty-two months. According to many eschatologists, this time frame is understood to be during the latter half (3.5 years) of the tribulation. During this period, the world will endure a time of unprecedented turmoil .

A Little Horn - In Daniel's prophetic vision of the end of days we see "a little horn" described in chapters 7, 8 and 11. In the interpretation of the dream, this little horn is a ruler or king, and speaks, of the Antichrist.

Daniel 7:24-25 says, "The ten horns are ten kings who will come from this kingdom. After them another king will arise, different from the earlier ones; he will subdue three kings. He will speak against the Most High and oppress his saints and try to change the set times and the laws. The saints will be handed over to him for a time, times and half a time."

According to many end times Bible scholars, Daniel's prophecy interpreted together with verses in Revelation, specifically point to a future world empire coming from a "revived" or "reborn" Roman Empire, like the one in existence at the time of Christ. They predict that the Antichrist will emerge from this race.

It is believed that at first, the Antichrist won't appear to be evil, but rather a charming diplomat who understands the economy and the global sphere and will win the people’s confidence and trust. He will have a charismatic and winsome character and will take on the position of becoming both the spiritual and governmental leader of the world, and will deceive many.

Once he assumes power, "no commerce will be done without his approval. He will be seen as an economic genius, a foreign policy genius. And he will emerge out of Europe. Because Daniel chapter 9 says, the prince, who is to come, the Antichrist, will come from people who destroyed Jerusalem and the Temple ... Jerusalem was destroyed in 70 A.D. by the Romans. We are looking for someone of a reconstituted Roman Empire."

In the Gospels (Mark 13, Matthew 24-25, and Luke 21), Jesus warned his followers of the terrible events and persecution that will occur before his second coming. Most likely, this is where the concept of an Antichrist was first introduced to the disciples, although Jesus does not refer to him in the singular:

"For false Christs and false prophets will rise and show great signs and wonders to deceive, if possible, even the elect." (Matthew 24:24).

Some theologians speculate the Antichrist is alive today, and He well could be, but will we be able to recognize him? Perhaps not at first. However, the best way to avoid being deceived by the spirit of the Antichrist is to believe and trust in Jesus Christ, and be ready for his return.

May the grace of God be upon you always,