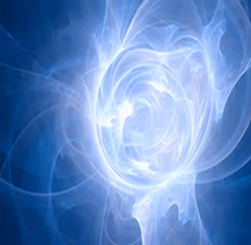 To fully understand what spirit is can be difficult to comprehend because its properties are not earthly, are not of the terrestrial universe. Spirit is a Godly celestial cosmic property and is invisible to mankind.

Spirit is celestial, perpetual living energy that is created and generated from God’s Being. Spiritual energy contains multiple properties such as consciousness, awareness, emotion, intellect, discernment and immortality.

God is able to control, transform and manifest His energy in any manner He desires. He is able to create both celestial and terrestrial living beings with various levels of consciousness, emotion, intellect, and discernment. 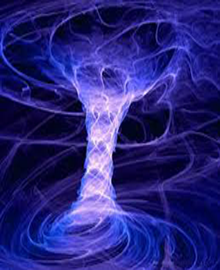 Each terrestrial vessel that God creates and brings to life has a specific given purpose, possesses a level of conscious awareness and a carefully calculated measure of intellect.

When a living terrestrial vessel is destroyed or dies, the spiritual energy it contains returns to God. Each particle of God’s energy that is used to bring life to a terrestrial vessel is retained in God’s vast, infinite intellect and that vessel through spiritual manifestation can be reconstructed and brought back to life at God’s will.

When God created spiritual man (Genesis 1:26, 1:27, 2:7) He created man in His own spiritual image, He gave man all the spiritual properties He Himself possesses: immortality, consciousness, awareness, feelings, desires, emotion, intellect, discernment, freedom of thought and action. He also provided man with a set of moral values and guidelines (or Godly laws) to live by.

God also gave mankind an additional unique property, a celestial soul which is able to form and generate its own individual character and identity.

Every human soul that God creates contains His spiritual energy and is immortal. Each soul becomes eternally bonded with its spirit, retains its identity, and lives forever.

All human beings have a spiritual intellectual conscious that dwells within their soul that telepathically speaks to their body's physical brain, or their conscious awareness.

While mankind has the gift of free thought and action and can do as he pleases, his spiritual conscious provides moral guidance and judgment.

Every immoral act that a human being commits during their lifetime is telepathically communicated to their physical brain (their cerebral conscious awareness) and is also recorded within their celestial immortal human soul.

It is God’s will that every human being is made consciously aware of any immoral act they commit during their life-span no matter how minor.

This provides mankind with the ability to know he has committed a wrongful act, to repent, to cease from doing immoral acts and live in a spiritual and Godly manor. In addition, man’s soul retains an accurate record of all his life actions. Then, at a time of God’s choosing a judgment will occur. God’s son, (The Christ) will look into every human soul, evaluate its character, and make a judgment as to the degree of each soul’s righteousness.

May the grace of God be upon you always --- Amen