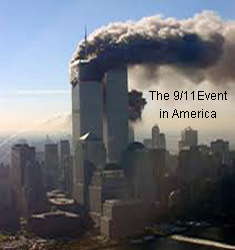 By an overwhelming margin, the number one question that I am asked from people who are seeking to understand God, is why does God let bad things happen on Earth, especially to good or innocent people?

There is information in the Bible that clearly explains why this is so.

To start with, we need to reference Old Testament Bible verses in Genesis (the first book in the Bible).

Originally when God first created Adam and Eve, like God and the Angelic beings He created, they were immortal. God did not intend for mankind to toil, age, suffer and die. They lived and dwelled in the Garden of Eden, where they had a sheltered paradise of blissful life. 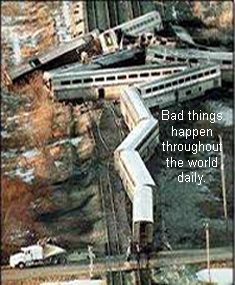 Now shortly after God had conceived Adam and Eve, He made two very significant decisions regarding mankind, which are stated in the Old Testament Bible (Genesis 1:26, 1:27, and 1:28).

The first significant decision by God and the most important detail we need to consider, is that God stated he created mankind in His own image (Genesis 1:26). This is very important because what it means is that man was given unconditional freedom of thought and action. God placed absolutely (no restrictions) on mankind’s thoughts and actions.

The second significant decision by God was to give man dominion over all living creatures on Earth, (over all life of any kind, including him-self, mankind), (Genesis 1:28).

This is very important because what it means is that God relinquished control over life on Earth and clearly passed that control to man.

This also means that mankind has substantial control over the environment on Earth, meaning mankind’s actions are going to have a significant effect on the flow, balance and harmony of Earth’s natural environment.

So we have established at this point that man has total control over all life on Earth, significant control over Earth’s environment, and the unconditional freedom to act as he chooses. 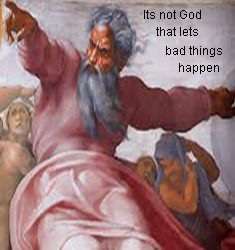 Now lets consider two very important events that occurred between man, God and the Earth shortly after man was created and placed on Earth.

First and hugely important, God did not stop Eve and Adam from eating fruit from the Tree of Knowledge of Good and Evil, even though He had commanded them not to do so (Genesis 3:3 and 3:6); remember man has the unconditional freedom to act as he desires.

Secondly, and also hugely important, God did not stop Cain from killing his brother Able, (Adam’s and Eve’s sons), (Genesis 4:8), so again remember, man (Cain) had the unconditional freedom to act as he desired.

Therefore, the act of Cain killing his brother Able is the first known bad, horrible, suffering thing that God allowed to happen on Earth, and from this event, we can gain a clear understanding of why God allows bad things, suffering, pain, misery, and death to occur on Earth.


So here are the reasons: 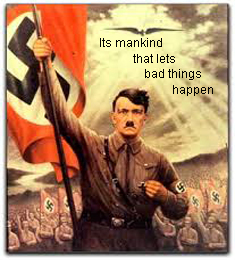 When God drove them out of the Garden of Eden, (Genesis 3:23 and 3:24) they lost their immortality, they became mortal; and that meant that every human being born on Earth from generation to generation would face physical death, and how that death occurs is not planned or controlled by God.

The actual reality is, its totally the result of mankind’s own actions, the free choices they make during their life, and sadly the actions of one person can and will affect what happens to other people, just as Cain’s actions effected Able who suffered pain and death, and Adam and Eve who suffered through the emotional pain of losing a son to murder and death.

Acts like this are caused by Satan. He puts evil thoughts and tempestuous, iniquitous emotional feelings into people, and they become confused and blinded to righteousness and morality, and then do sinful acts.

If mankind were able to live every day of their lives by God’s moral laws, there would be almost no suffering, pain or misery of any kind.

Our life-term expectancy would be much longer than the current average age of 70 to 80 years, and conditions of life on Earth would be infinitely better than it is now.

So all the bad things that happen on Earth are caused by mankind themselves, and as long as God allows mankind to have freedom of their own thoughts and actions, bad things are going to continue to happen.

Now I could easily spend a lot more time going over more biblical text that further bears out that mankind is responsible (and not God) for the bad things that happen and occur on Earth.

I will however, end this discussion on a positive note by stating an unequivocal truth: human prayer can and does control various events on Earth. So as a result, a lot of unseen bad events and tragedies that could happen on Earth --- do not happen.


May the grace of God be upon you always.