He created a spiritual universe for them to dwell and prosper in, and filled it with wonders, activities and phenomena that are beyond human conception and imagination.

Angels are supernatural spiritual beings and are referenced in various religions and mythologies.

In Abrahamic religions and Zoroastrianism, angels are often depicted as benevolent celestial beings who act as intermediaries between God or Heaven and Earth, or as guardian spirits or a guiding influence.

Other roles of angels include protecting and guiding human beings, and carrying out God's tasks. The term "angel" has also been expanded to various notions of spirits found in many other religious traditions. The theological study of angels is known as "angelology."

In art, angels are often depicted with bird-like wings on their back, a halo, robes and various forms of glowing light.

Many Theologians believe there is an angelic hierarchy organized into three Spheres, or what is sometimes referred to as Angelic Choirs. 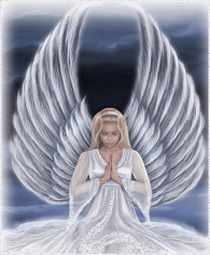 The First Sphere of angels serve as the heavenly servants of God the Son incarnated.

Seraphim:
The "Seraphim" Angels surround the divine throne of God.

Seraphim are the highest angelic class and they serve as the caretakers of God's throne. They continuously communicate and interact with God, and glorify his existence.

Cherubim:
The “Cherubim” Angels guard the throne of God and all things that are considered holy by God, as well as the path to the tree of life in the Garden of Eden.

There are different types of Cherubim Angels, some have four faces: one of a man, an ox, a lion, and an eagle. They have four conjoined wings covered with eyes, a lion's body figure, and they have ox's feet, others appear as human-like soldiers with glowing eyes and wielding flaming swords and spears. 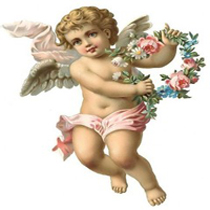 Thrones:
The "Thrones" or Elder Angels are a class of celestial beings that are living symbols of God's justice and authority, and are sent by God to make judgments, and to try and resolve spiritual and emotional disputes between both human, astorphysical, and celestial spiritual beings.

Putti:
The “Putti” Angels are the winged human baby/toddler-like beings and are the most humble and innocent of all of God’s angelic beings. They are sent by God to comfort small children who are frighten or suffering.

Angels of the Second Sphere work as heavenly governors of creation by subjecting matter and guiding and ruling the spirits: 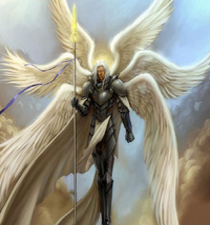 Dominions:
The “Dominion” Angels regulate the duties of lower angels. It is only with extreme rarity that the angelic lords make themselves physically known to humans.


The Dominion Angels are believed to look like divinely beautiful humans with a pair of feathered wings, much like the common representation of angels, but they may be distinguished from other groups by wielding orbs of light fastened to the heads of their scepters or on the pommel of their swords.


Virtues:
The “Virtues” Angels are sent by God to deliver signs and miracles in the terrestrial worlds.

Powers:
The “Powers” are warrior angels, they oppose evil spirits, especially those that make use of the matter in the universe, so they don't do as much harm in the world as would otherwise, usually casting and chaining evil spirits to detention places.

The Power Angels usually appear as soldiers wearing full armor and helmet, and also having defensive and offensive weapons such as shields and spears or chains respectively. The primary duty of the "Powers" is to supervise the movements of the heavenly bodies in order to ensure that the cosmos remains in order. 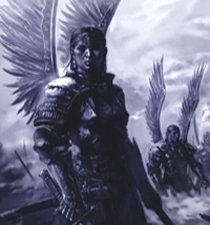 The Power Angels are also the bearers of conscience and the keepers of history. They are also the warrior angels created to be completely loyal to God. Some believe that no Power has ever fallen from grace, but another theory states that Satan was the Chief of the Powers before he fell.

Angels of the Third Sphere function as heavenly guides, protectors, and messengers to human beings.


Principalities:
The "Principalities" are the angels that guide and protect nations, or dominions of peoples. The Principality Angels preside over the bands of angels and charge them with fulfilling the divine ministry. There are some who administer and some who assist.

Their duty also is said to be to carry out the orders given to them by the upper sphere angels and bequeath blessings to the material world. Their task is to oversee groups of people. They are the educators and guardians of the realm of Earth. Like beings related to the world of the germinal ideas, they are said to inspire human beings to greatness in areas such as athletics, art or science. 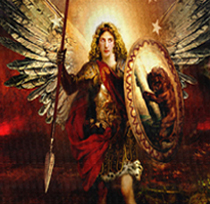 Archangels:
The “Archangels” are first in rank or power within an angelic envoy. They are known to be the most cunning and feared of all angels.

Archangels are thought to be the guardian angels of the Kingdom of Heaven, and of terrestrial nations and countries, and are concerned with the issues and events surrounding politics, wars, military matters, commerce and trade.


Plain Angels:
The "Plain Angels" are the lowest order of the angels, and the most recognized. They are the ones most concerned with the affairs of terrestrial living things. Within the category of these angels, there are many different kinds, and with different functions. These angels are sent as protectors and messengers to mankind.


Fairy Angels:
The “Fairy Angels” or fairies are thought to be mythical creatures, but are actually very tiny angels that assist Plain Angels in a variety of duties. They also occupy hidden, enchanted areas of Earth that are usually invisible to humans. They are associated with caring for lower forms of life on Earth such as flowers, plants and trees and assist in the healing of injured animals that are unknown to humans.


Send an Angelwinks to Friend or Family